I agree that both Doug Aitken and Yoichi Nagata take very interesting and different approaches to landscape than normal. While Aitken's images almost transport you to the center of the earth, or give you the sense of looking down onto these landscapes, Nagata uses a similar approach but for a different intention. He is using the use of colors and textures to merge images together, while Aitken uses lines, colors, horizons, and movement.

A similar landscape artist is Sandeep Dhopate. This photographer merges images of landscapes to evoke a feeling of peace or calmness in the viewer, by merging landscapes that are enately calm. Much like Aitken, Dhopate's intention is to transcend the viewer to a different place or state of mind, through the layering of his images. I think this method of landscape photography is very effective because not only are they extremely textured and interesting compositions, but it takes you to a different place physically and mentally and causes you to ask questions about these places. 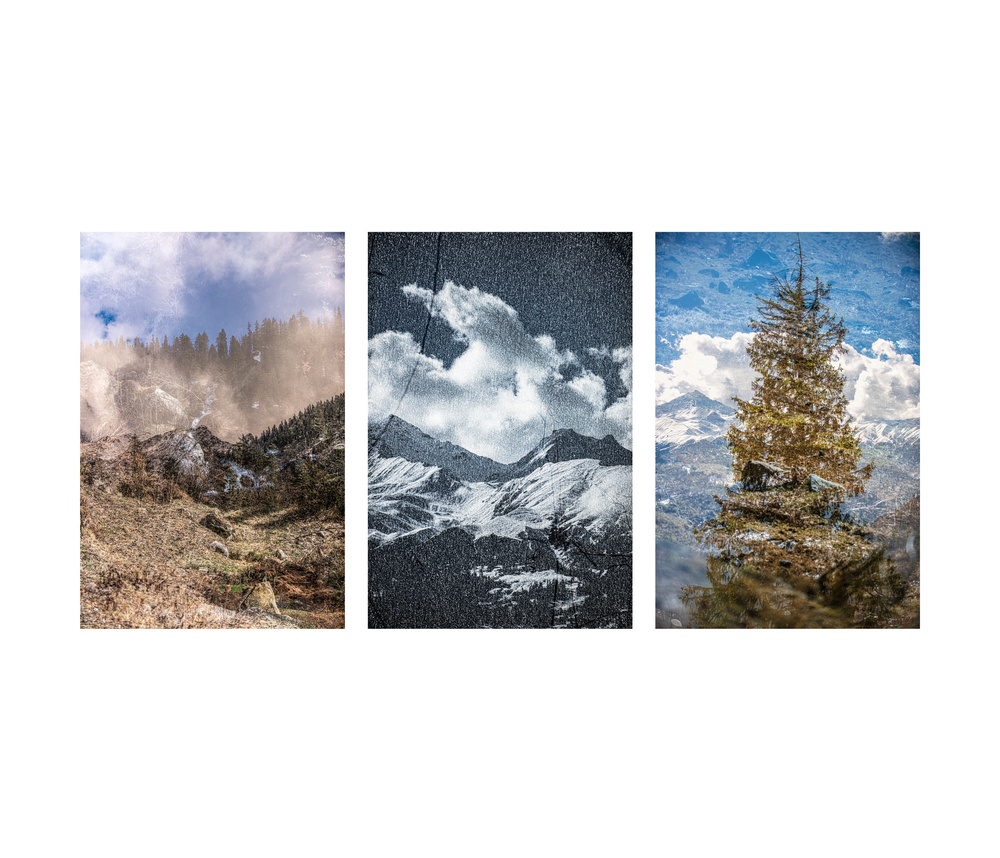 Posted by Brittany Jordan at 12:24 PM No comments:

I definitely agree with Zach on the fact that Peter Mckinnon's landscapes are indeed crisp and vibrant. He does take an approach that seems to have a commercial effect, but I do agree that there is something fascinating about them. I really loved the image Zach included of the bus at night as I loved the effect of the headlights in the rain. The street seems to take on a new life with it being a rainy night.
Posted by Amber Bailey at 6:21 PM No comments:

Richard Misrach's take on landscape is studying the relationship between place and man. Michaela mentioned how his images "demonstrates the vastness of the ocean landscape and just how small humans are in comparison." His landscape images are much different than the traditional landscapes many people are used to. His series, On the Beach, are shot from an ariel point of view, taking away the horizon line he forces you to focus on what is right in front of you. The viewer begans to create a landscape by using the reflections of the water and the relationship of the people floating in the water.  His other works play along with the same idea, relishing in the vastness of creation and in comparison, how small man is. 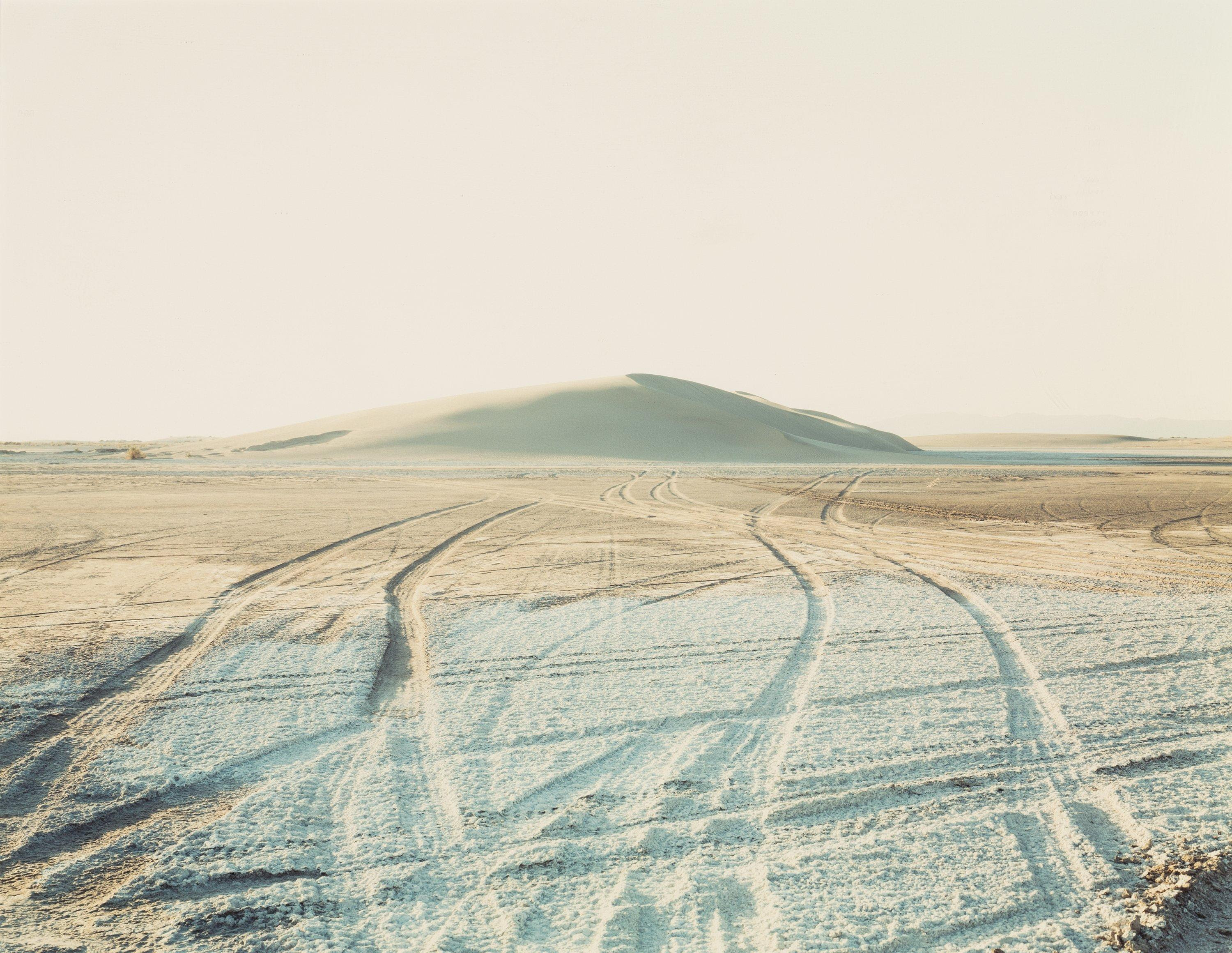 Posted by Samantha Raleigh at 11:40 AM No comments:

I agree with Sam that Uta Barth's approach to landscape is unique. I also agree that her approach to photograph the experience over the physical landscape aims to capture what the camera is unable to document. Like Sam described, her work has also made me think about what the visual process is like when I open and close my eyes to view what's in front of me.

I liked Bright's description of Barth's work when she writes, "The ambiguity, so crucial to her work, also has the effect of making the banal beautiful, which in turn makes us reconsider what we spend our time looking at and why." Barth's photography challenges the viewer think about what her photographs are trying to communicate. It also challenges the common opinion of what landscape photography is and what it should aim to do.

While not pictured in the book, Barth's out-of-focus landscape photographs have the same sense of ambiguity that the "White Blind" series has as it encourages the viewer to think about the concept of space. 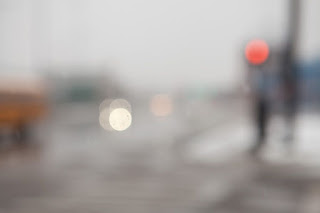 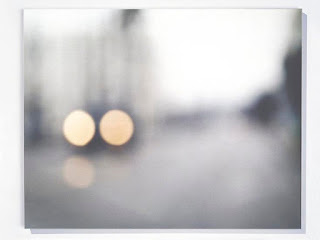 If This is Art

Photographer Shizuka Yokomizo does not automatically come to mind when I would relay some of my favorite photographers. Not because I disliked her work, but only because I hadn't been made aware of it. The series, Stranger, a set of ten images done in 1999 depicts ten unknown people to the artist facing the camera, almost in a challenging manner. Before the shoot, Yokomizo requested that these individuals go to their windows at their respective times and look out to get their picture done, however, they could not see out, only their reflections in the glass. In Cotton's book it states, "We are looking at the strangers looking at themselves in these photographs, for the windows act as mirrors as they anticipate the moment they will be photographed," (Cotton 32). I think toying with this idea of the unknown in this was is highly intriguing, in the sense that the individuals did not really know who was taking their photo, they were willing enough however to go with whatever was requested of them. My favorite of the series would have to be the one in the book, with the man standing against the bright white interior of his home. The strong contrast of the darkness outside of the window with the gleaming inside/highlights on his face are quite beautiful.
Posted by Ali B at 9:10 AM No comments:

Something I found very interesting about Dan Holdsworth's work was the abstraction and "alien landscape" nature to his images. He states that he is drawn to extreme environments, and likes to examine the relationship between nature and man in his vast and intricate images. The reason he chooses these kinds of landscapes is so that there is nothing to distract the viewer while looking at the image, and so they can be caught up in the unfamiliarity of these landscapes and be transported to a different world. He captures these unique spaces in a unique way to have the viewer experience these different places as something they never have before.

Another artist who has a similar approach to landscape is Luca Tombolini. This photographer also goes about shooting landscapes in a way that draws the viewer into another world with the types of landscapes he is shooting. They are such "alien" areas to most people, and due to their unique compositions and visual subjects they are intriguing to look at, with no distractions. He also states that this series titled LS VIII was about finding one's self and having these experiences that this images brought his conscious and unconscious thought together. Holdsworth's work is also about the interaction of man and nature. 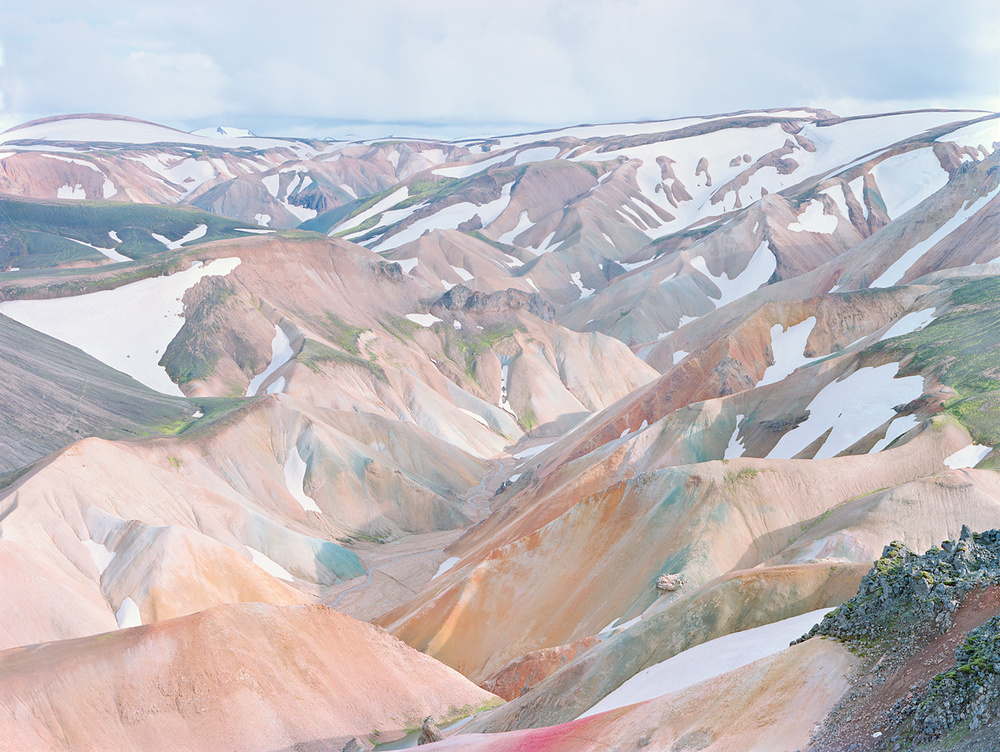 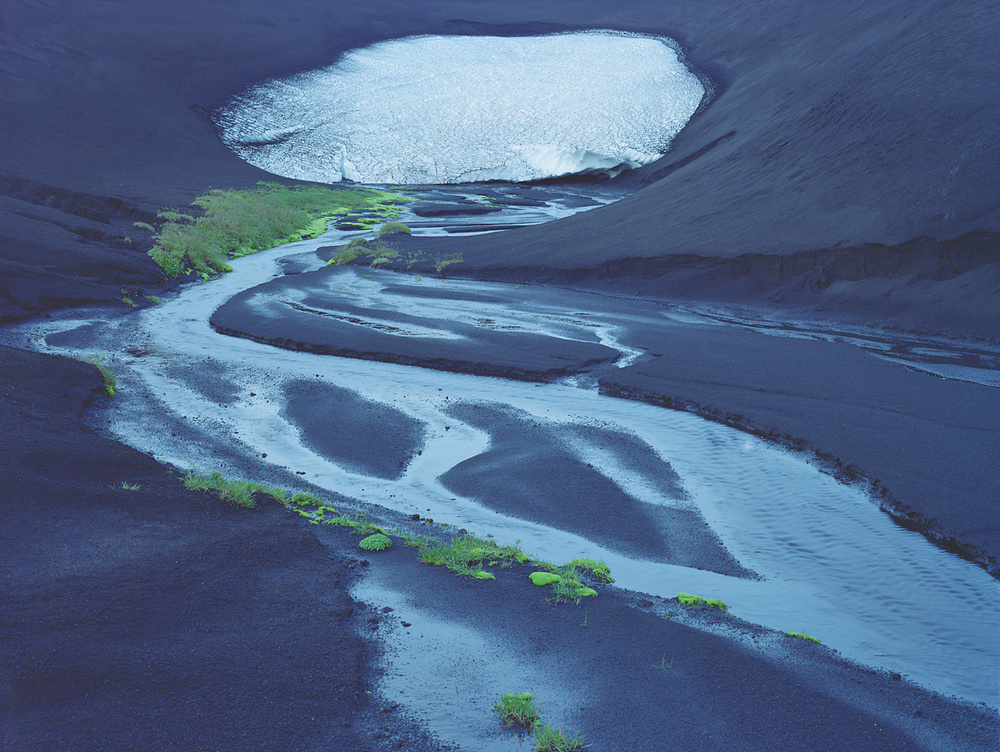 Posted by Brittany Jordan at 12:45 PM No comments:

A Response to Landscape

The Landscape chapter of Bright's book highlights many artists that all possess a different approach and vision when it comes to photographing landscape. Richard Misrach's approach to show the relationship between human beings and landscapes struck me. The compositions of his On The Beach series demonstrates the vastness of the ocean landscape and just how small humans are in comparison. While the photographs focus on the similar subjects, the ocean and people, Misrach manages to make each photo unique through the use of composition, lighting and color. I found his discussion of fabrication and happenstance very interesting as he discusses the trend toward constructing narratives. "Perhaps the best pictures are a seamless hybrid of discovery and construction," Misrach says.

While the angle is from eye-level, I think Tiina Tormanen's Wanderer accomplishes a similar feeling of vastness that Misrach is trying to communicate. Her work shows not only the beauty of nature, but also the minuteness of humans in comparison to nature. 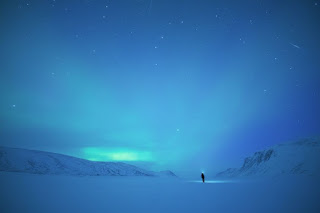 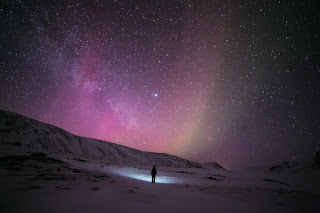 Posted by mschirra at 9:41 AM No comments: